How ordinary becomes extraordinary in China – through the heart of Chinese 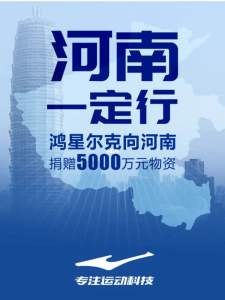 The recent ‘once in a thousand years’ rains’ that brought the heavy flood in Henan, China, was no ordinary happening. However, what captures our attention is the extraordinary outcome of a donation contributed by a China native brand that gained overnight fame; their product is now in such high demand and is setting a new consumer trend – support local brands.

HONGXIN ERKE Group was established n 2000. Their sports shoes are at affordable pricing. However, it is unable to outperform foreign brands and has been making losses. Despite the company’s financial status, ERKE was the first to donate CNY 50 million (USD 7.5 million).

Their announcement captured 56 million consumers’ attention. It took China consumers by surprise as it is not doing well and yet willing to donate a huge amount without apparent intentional publicity effort. After it’s heroic move, the brand gained overnight fame. It became the top search brand with high product demand and unstoppable positive publicities sent by consumers on social media. Other brands that donated 100 million did not receive that kind of publicity.

We believe this phenomenon has several reasons:

China market is huge – to capture the whole of China’s attention and drive retail support with zero marketing dollars, ERKE has certainly achieved that. However, we will have to see how sustainable this ‘free’ publicity will last, or will it turn into a new ‘support local brands’ trend?

As a marketer, we could create clever marketing campaigns, but hard to recreate accidental marketing success.